A Joining Forces “Click it or Ticket” campaign was successful for Washoe County Sheriff’s Office Deputies and two other agencies.

A total of 35 citations were issued to drivers on traffic stops initiated during the November 10 to November 30 campaign.

Citations were issued for the following:

Funding for the extra patrols is made possible by a Joining Forces grant received from the Nevada Department of Public Safety/Office of Traffic Safety.

Joining Forces is a multi-jurisdictional law enforcement program aimed at reducing injuries and crashes through statewide enforcement in the areas of: DUI, speed, distracted driving, seat belt and pedestrian safety.

The goal of these enforcement campaigns is to save lives by increasing public awareness about the dangers of making poor choices while driving. 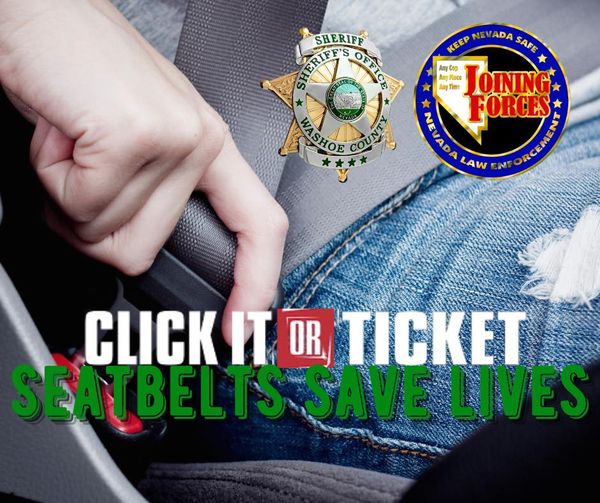