WCSO Vehicle and Deputy Struck by Drunk Driver in Collision

At approximately 12:50AM on December 26, 2022, a Washoe County Sheriff’s Office Deputy was standing outside their patrol vehicle with lights activated during a traffic stop on North Virginia St. when a suspected impaired driver’s vehicle struck the Deputy and their vehicle.

The Washoe County Sheriff’s Office patrol vehicle was parked northbound on the shoulder of North Virginia Street, south of Talus Way while assisting the Reno Police Department on a traffic stop.

A truck traveling northbound on North Virginia St. struck the driver’s front side of the RPD patrol vehicle, then continued forward, striking the Washoe County Sheriff’s Office Deputy that was standing outside their patrol vehicle.

The truck continued driving away from the accident, and a traffic stop was initiated.

After an investigation by Nevada State Police Troopers, the driver was determined to be under the influence and was arrested and booked into the Washoe County Detention Facility on charges of DUI above the legal limit, resulting in substantial bodily harm and duties of a driver approaching a traffic incident.

The Washoe County Sheriff’s Deputy was transported to a local hospital to be treated for injuries and will remain under observation for twenty-four hours.

The Nevada State Police will be handling the accident and arrest investigation.

The Washoe County Sheriff's Office would like to thank the Nevada State Police for their assistance with this incident and to remind drivers to always designate a sober driver, as this incident is a reminder of how dangerous it is when someone decides to get behind the wheel while impaired. 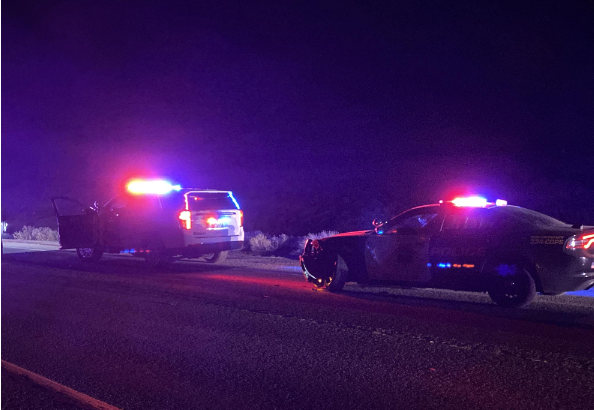