At approximately 9:36AM on August 29, 2022, a citizen made a call to Washoe County Sheriff’s Office Dispatch stating  they had discovered what appeared to be an explosive along State Route 28 near Mile Marker 1.

WCSO Deputies searched the area on foot and located the explosive among pine straw, rocks, and trees about 150 feet to the west of the highway.

The Consolidated Bomb Squad was contacted and responded to the scene located between Thunderbird and Sand Harbor to assess the situation and possibly attempt to render the explosive safe.

The Consolidated Bomb Squad then used a robot to retrieve the explosive.  The explosive was detonated and rendered safe.  Nothing else was discovered on scene in the investigation and SR 28 was reopened to traffic at around 3:30PM.  The explosive appeared to be dynamite that was very old.

Remember if you see something, say something.  The attentive actions of this citizen may have prevented a future accident. 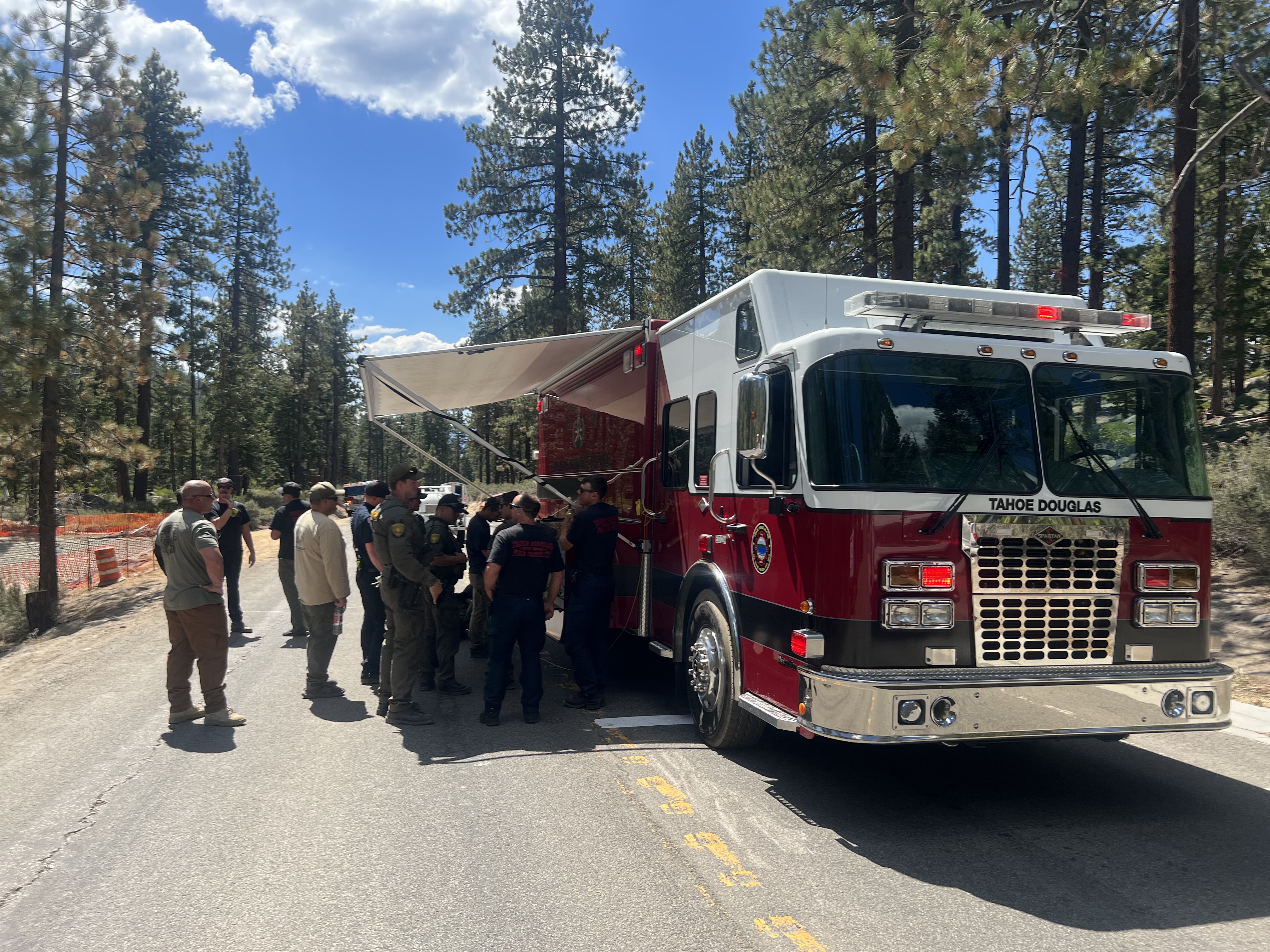 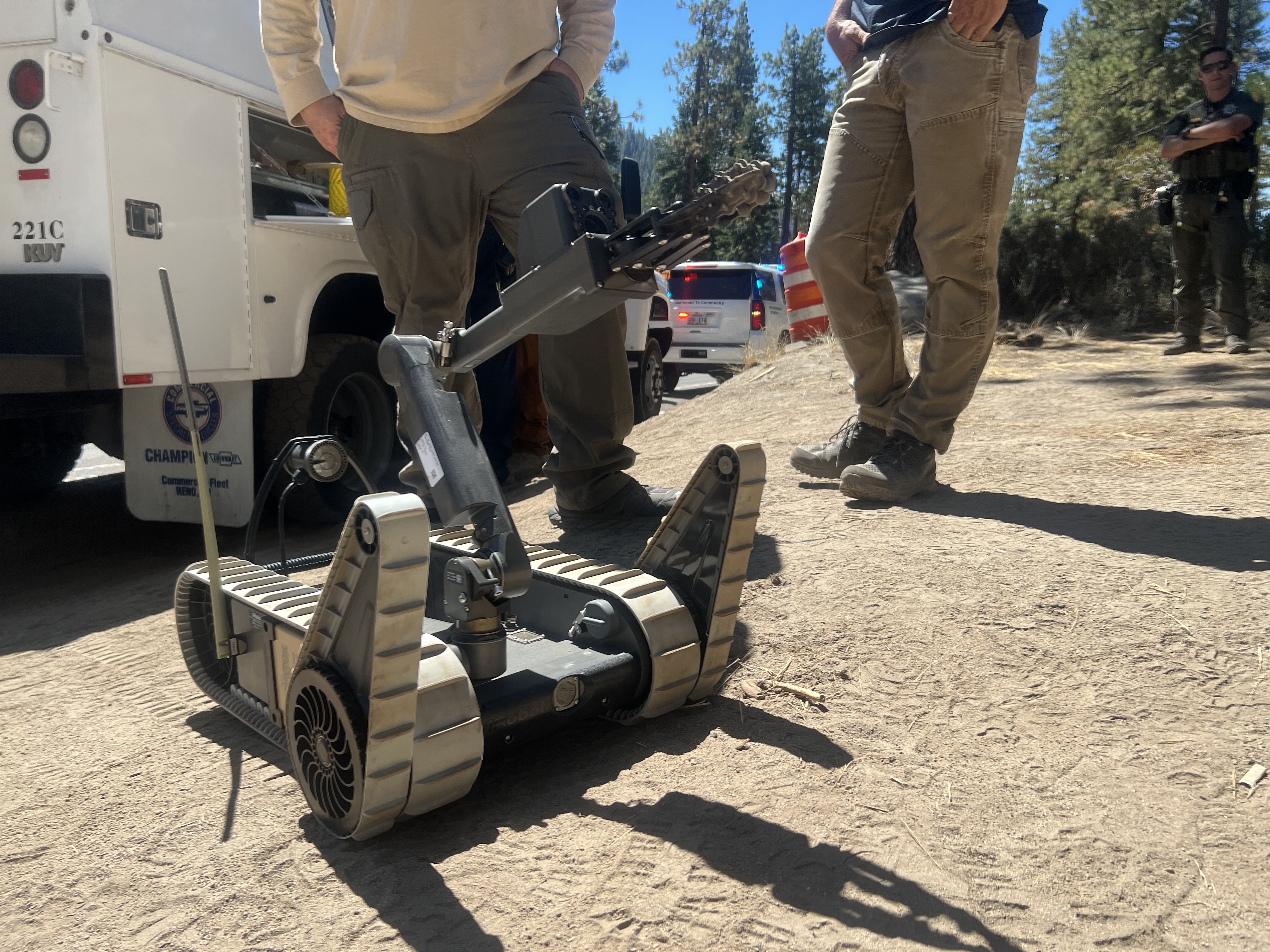 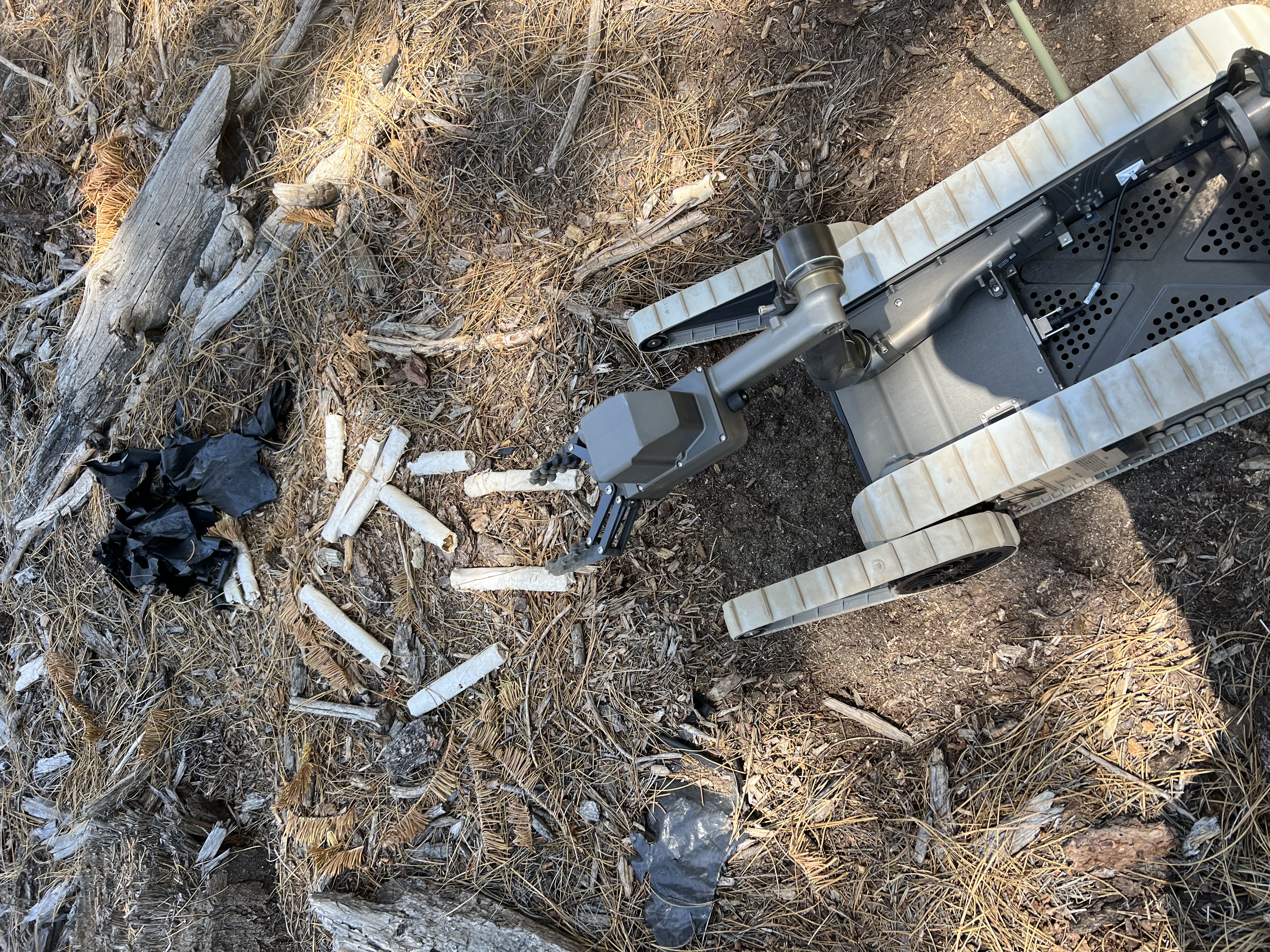