A total of 69 citations were issued to drivers during 72 traffic stops initiated during the June 27-July 18 Joining Forces speed enforcement campaign.
The citations issued were:
64 – Speeding
4 – Other Citations
1 – Distracted Driving
Joining Forces is a multi-jurisdictional law enforcement program aimed at reducing injuries and crashes through statewide enforcement in the areas of: DUI, speed, distracted driving, seat belt and pedestrian safety.
The goal of this enforcement campaign was to increase public awareness about the dangers of making poor choices while driving to help save lives.
A Joining Forces grant received from the Nevada Department of Public Safety/Office of Traffic Safety made these extra patrols possible.
For more information on Joining Forces and other statewide Traffic Safety Programs, please visit: www.zerofatalitiesnv.com 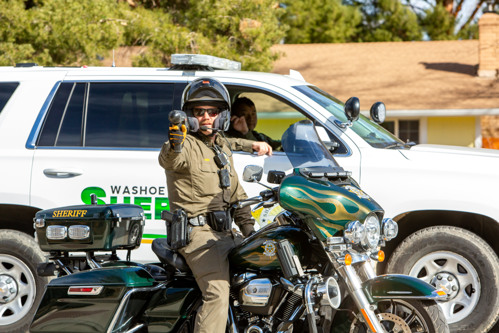