The Washoe County Sheriff’s Office and other Nevada law enforcement agencies are working to keep your late summer and Labor Day holiday travels safer by participating in an impaired driving Joining Forces event aimed at increasing awareness about the dangers of driving under the influence.

From September 2 through September 13, 2021, deputies with the Washoe County Sheriff’s Office will join partnering agencies in this special enforcement and awareness operation made possible by a Joining Forces grant received from the Nevada Department of Public Safety/Office of Traffic Safety.

September is filled with events in the Truckee Meadows, and this impaired driving campaign is a reminder to always have a plan in place if you plan on drinking. DUI arrests can be avoided by simply designating a driver, or by calling a taxi or rideshare to get you home safely.

Joining Forces is a multi-jurisdictional law enforcement program aimed at reducing injuries and crashes through statewide enforcement in the areas of: DUI, speed, distracted driving, seat belt and pedestrian safety.

The goal of these enforcement campaigns is to save lives by increasing public awareness about the dangers of making poor choices while driving. 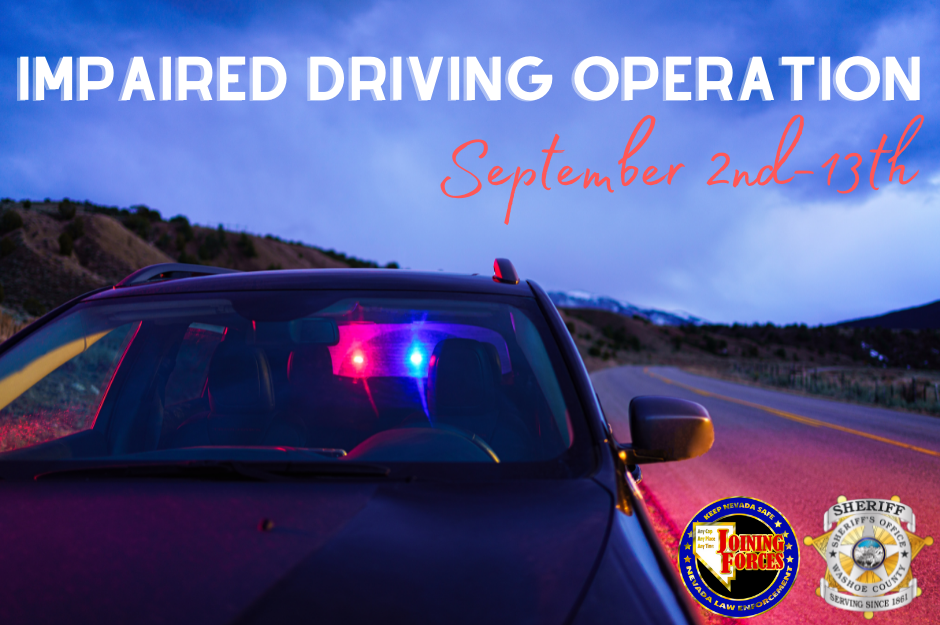