Washoe County Sheriff’s Office detectives have arrested one of three suspects in a vehicle burglary crime spree thanks to a Secret Witness tip.

The 16-year-old male was determined by investigators and intelligence analysts from the Northern Nevada Regional Intelligence Center to be the person wearing a red hoodie and unique red shoes in surveillance images taken during a vehicle burglary spree in the early morning hours of July 13, 2021.

The juvenile is one of three members of a crew which targeted more than a dozen vehicles in the Pebble Creek neighborhood alone. The crew of three broke windows to access the interior of vehicles, accessed and entered a victim’s garage, stole a semiautomatic handgun, a white 2020 Jeep Grand Cherokee, and numerous credit cards. They then fraudulently used some of the credit cards at businesses in the region.

Intelligence gathered by detectives also links this crew to vehicle burglaries in Curti Ranch and Stead which were also reported on July 13th to another law enforcement agency. 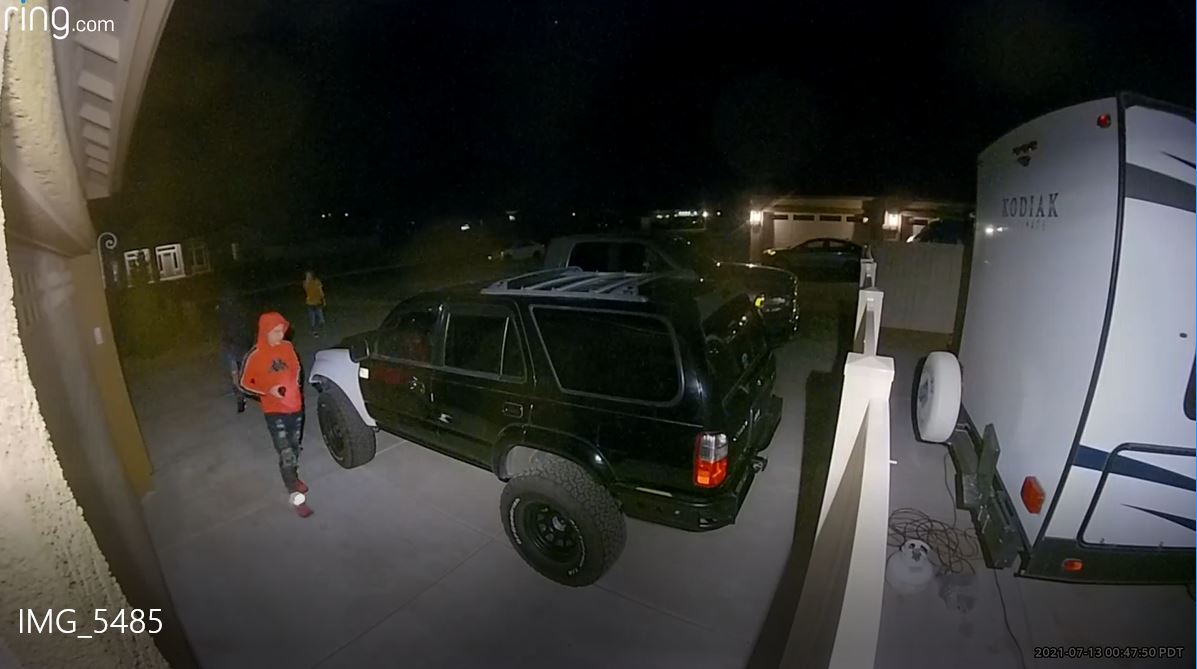 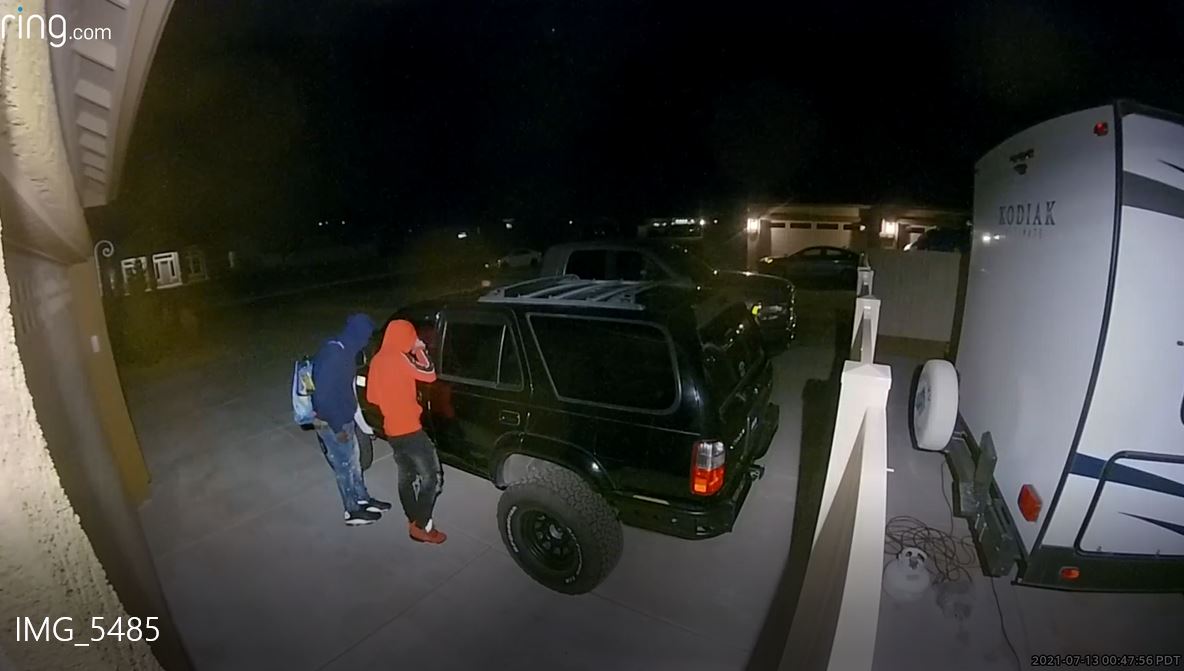 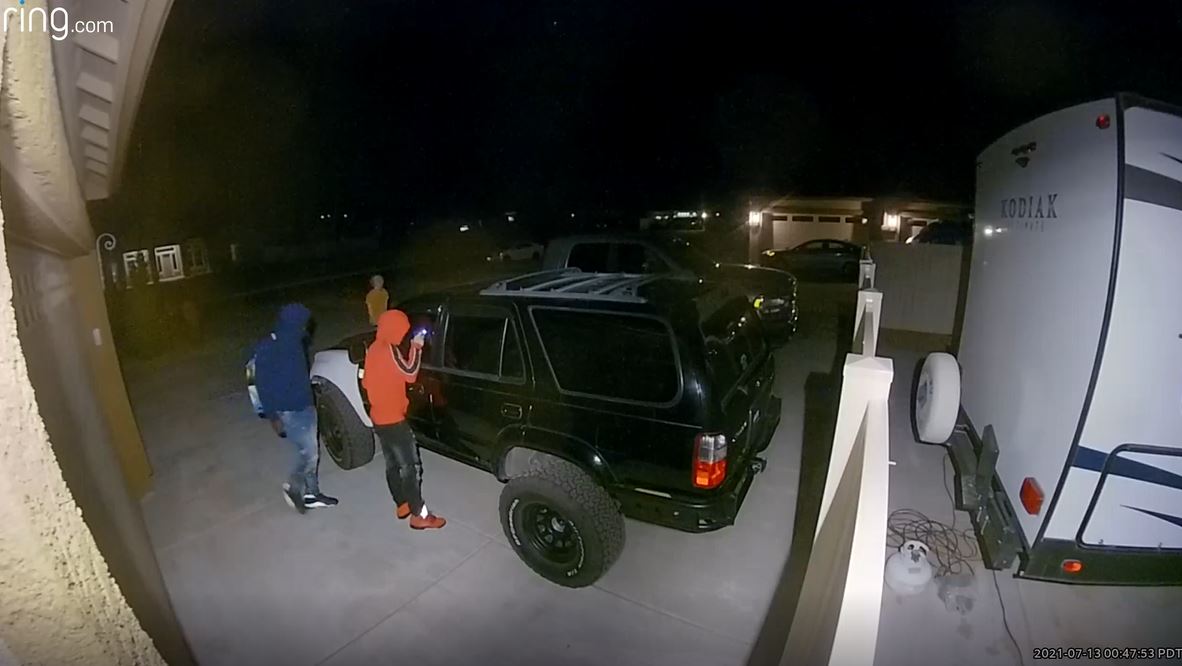